Alternate history is fun. It is very satisfying to imagine what would have happened if Alexander the Great had not died young, or Napoleon had succeeded in cobbling together a world empire. It is no wonder that alternative history has evolved into a rich genre that allows its practitioners to indulge in historical fantasies or offer dire warnings.

Since the early 1900, the American Civil War has been occupying a sizeable chunk of this literary real estate, producing its own genre of Civil War alternate history (CWAH) –see Renee de Groot’s wonderful article Divided We Stand: “Confederate” and Civil War Alternate Histories.

This CWAH narrative admittedly is a bit repetitive as it tends to hinge on the Confederacy winning the war. This “what-if-ism” occasionally takes somewhat amusing forms: in his Man of War: My Adventures in the World of Historical Reenactment (Penguin, 2013), journalist Charlie Schroeder recounts his stint at the two-day annual reenactment the Brooksville Raid: on Saturday the Union troops win, but on Sunday, it is the Confederates turn, because, as one reenactor told journalist, the event’s coordinator, a Baptist minister, “wants the Confederates to win on the Lord’s day.”

CWAH traditionally entailed a rosy picture of the flourishing independent South inhabited by benevolent planters, graceful and tenderhearted females, and happy slaves. This fantasy was not the sole domain of the exponents of the “Lost Cause.”  In his (exceedingly boring) novel Hallie Marshall: A True Daughter of the South (1900), Frank Purdy Williams, a progressive reformer, held up this imaginary “Southland” to contrast with the horrible labor conditions in the Gilded Age America. Ernest Howard Crosby, wrote “If the South Had Been Allowed to Go,” (1903) to speculate that if it had not been for the imperialist North, slavery would collapse in the South organically, without “the evils which we have entailed upon ourselves by the manner of its abolition.” Winston Churchill offered that if the Confederacy had triumphed,  it would forge a “new fundamental relationship between master and servant” instead of the effort to “graft white democratic institutions upon the simple, docile, gifted African race belonging to a much earlier chapter in human history.” 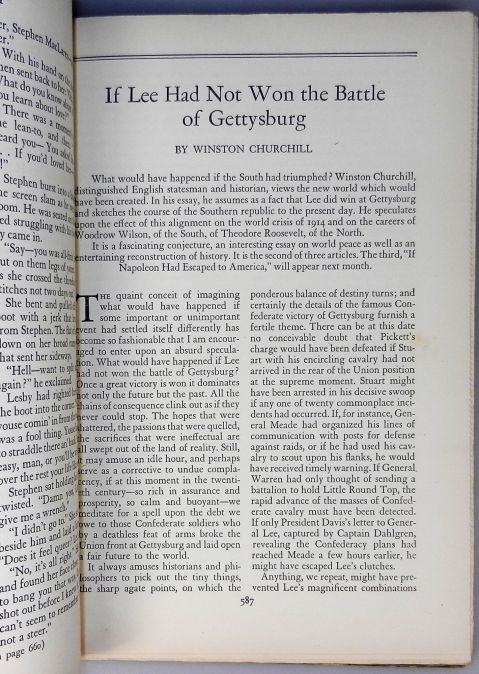 At the turn of the last century, the picture of a Confederate victory took a darker turn. Harry Turtledove’s The Guns of the South (1992) has a supply of AK-47 delivered to the struggling Confederacy by a time-traveling group of South African racists. It became even more jarring as historians dispelled the once common assumptions that that the Union victory was preordained or that slavery would have ended on its own.  CWAH embraced and rather realistic image of a United States resting on slavery and white supremacy, most vividly and chillingly portrayed by Ken Willmott’s in his mockumentary CSA: The Confederate State of America (2004) or in Ben Winters Underground Airlines (2016).

CWAH tends to think grand, largely in terms of great battles and great men. But what if we think on a less grandiose scale? For example, what if Anson Stager’s parents had decided to move South and the inventor of the USMT code had been born in Virginia rather than New York?

On one hand, he might not have even made it in telegraphy. He would not have been apprenticed to Henry O’Reilly at the Rochester Daily Advertiser, and quite possibly had no one to introduce him to telegraph business. Stager certainly would have never made it as the first general superintendent of Western Union. 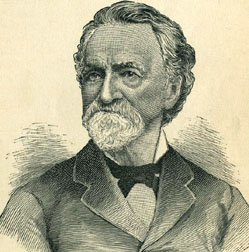 In 1845, Henry O’Reilly (1806-1886), an Irish immigrant and a Rochester, N.Y., entrepreneur, contracted with Samuel F.B. Morse and Amos Kendall in the planned construction of telegraph wires from eastern Pennsylvania to the Great Lakes.

On the other hand, had Stager been born in Virginia, entered telegraphy, and shown the same promise, he could have risen to the top of the American Telegraph Company which had lines in the North and South. (Western Union lines lay entirely within the Union).  He could have associated with Dr. William Sylvanus Morris (1823-1893) of Lynchburg, Va., and, like him, become a Southern director for the company. Stager could have been present at the emergency meeting of the company’s executives on May 12, 1860 which split the American Telegraph Company into Southern and Northern branches. And, as a superintendent or even president of the Southern Telegraph Company, he would have taken an oath of loyalty to the Confederacy.

And, of course, it could have been the governor of Virginia John Letcher rather than Ohio’s William Dennison to ask Stager to develop the codes for the Confederate army. In the fall of 1861, Stager could have used his organizational talents to build up the Confederate Military Telegraph that would report directly to Jefferson Davis and his Secretary of War Judah P. Benjamin.

With the Confederate command in possession of superior telegraph communications and unbreakable ciphers, its chances of winning would have increased exponentially. It would certainly have minimized a possibility of Union soldiers coming across battle plans wrapped around some cigars, as it happened with Robert E. Lee’s orders to General D.H. Hill  before the battle of Antietam. More importantly, it would have afforded  unprecedented level of battlefield and logistical communications not to mention infinite possibilities to mess with the increasingly bitter partisan divisions in the North.

Could a simple accident of birth have changed the course of history? Is it impossible to imagine that should Stager’s life have taken a different turn, alternative historians would now be speculating what would happen if the North had won the war? Is it inconceivable that we could be now living in a world where Willmott’s CSA was an honest to goodness documentary? 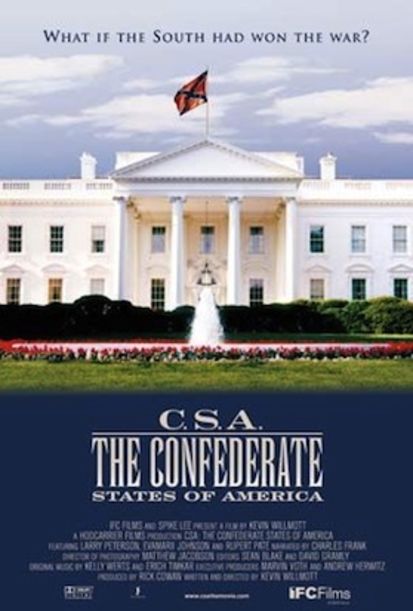 One response to “What If?”